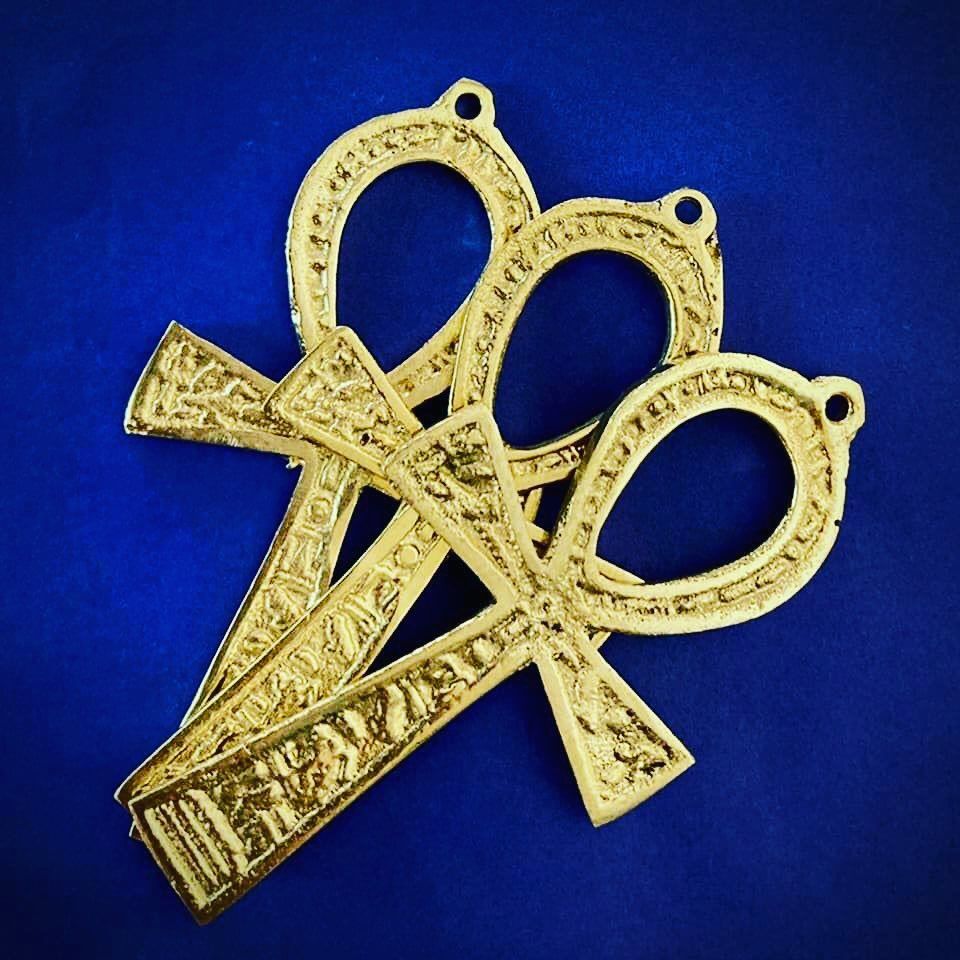 Ankh, also known as the Key of Life.

It is formed, starting from the top, by a circle, symbol of that which has no beginning and no end, and which represents the celestial world, the spirit of Ra, the Sun God for the ancient Egyptians; this circle also serves as the handle of the key, from where it is carried by the gods who carry it. It rests on the Earth, like the Sun on the horizon, when it sets or rises.

This Key also opens the doors of the world of the dead and penetrates the hidden meaning of eternity. In funeral ceremonies, taken by the handle, it is the key to the doors of the tomb and, placed between the eyes, it is an obligation of secrecy.

It can also be seen represented as a magical bond that brings together all things in the knot of the centre and makes it possible for them to remain united. It is then the so-called Knot of Isis, the notion of re-joining.