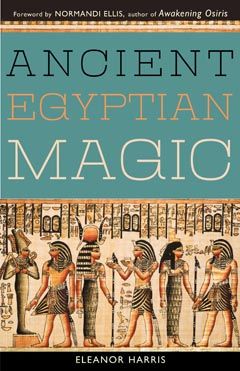 This new edition of Ancient Egyptian Magic takes you step-by-step through Egyptian religions, magical philosophy, techniques of divination, and magical formulae thousands of years old. No previous experience with the subject is necessary – Harris explains the how’s and whys of magical tools, amulets, words of power, divination, ceremony, and spells. Advanced practitioners will find especially useful instruction on actual Egyptian magical script as found in the ancient papyri such as  The Leyden Papyrus, The Papyrus of Ani (the Egyptian Book of the Dead), and other important works.

-          Invoke Egyptian gods and spirits of divination and magic

Everything you need to start practicing ancient Egyptian techniques is here in your hands!