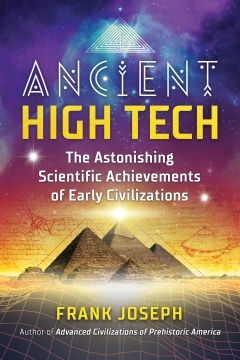 Exploring the sophisticated tech achieved by ancient civilizations hundreds of thousands of years ago, Frank Joseph examines evidence of robotics and other forms of artificial intelligence; manned flight, such as hot-air balloons and gilder; and military science, including flamethrowers, biological warfare, poison ga and solar-powered cannons. He reveals how lifted 100-ton blocks of granite, illuminated underground temples and pyramids, and stored their food in massive refrigerators…….