The End of Days 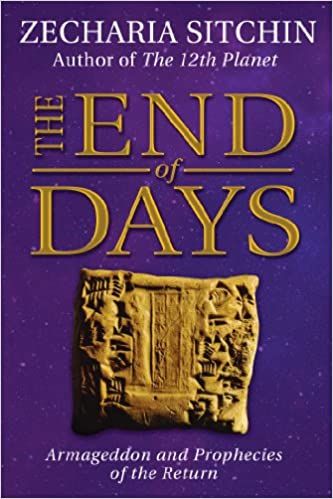 It has been more than three decades since Zecharia Sitchin's trailblazing book The 12th Planet brought to life the Sumerian civilization and its record of the Anunnaki--the extraterrestrials who fashioned man and gave mankind civilization and religion. In this final volume of the Earth Chronicles Series, Sitchin shows that the End is anchored in the events of the Beginning, and once you learn of this Beginning, it is possible to foretell the Future.

In The End of Days, a masterwork that required thirty years of additional research, Sitchin presents compelling new evidence that the Past is the Future--that mankind and its planet Earth are subject to a predetermined cyclical Celestial Time.

In an age when religious fanaticism and a clash of civilizations raise the specter of a nuclear Armageddon, Zecharia Sitchin shatters perceptions and uses history to reveal what is to come at The End of Days.