Return of the Golden Age 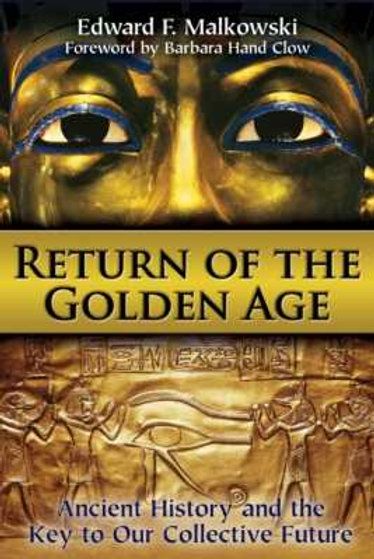 Since the beginning of recorded history humanity has been in a continuous struggle over land and resources. It continues today despite the abundance we have created through scientific innovation and technology. Why such a struggle for resources exists has never been explained. Neither has the human drive to own, accumulate, and hoard. Edward Malkowski reveals that the answer lies in recognizing the reality behind humanity's earliest myths. He shows that the opportunity is at hand to transcend these inherited selfish traits and return to a Golden Age of peace and abundance. Malkowski explores the hidden meaning behind stories such as the Epic of Gilgamesh, Plato's Atlantis, and myths of a new sky and a new sun, of great floods and the death of the gods, and of the preceding Golden Age. He connects these myths to a real extinction event that occurred 12,000 years ago. He explains how the survivors--our ancestors--were catapulted from utopia into a world of scarcity, scarring the collective mind of humanity and initiating the struggle for resources in an attempt to regain our lost paradise. He shows how our world system of economics, focused on ownership and based on the false belief of separateness--benefitting a few at the expense of the many--arose as a reaction to this catastrophe. Drawing on the pre-catastrophe teachings preserved by the ancient Egyptians, Malkowski reveals that we are returning to a celestial configuration parallel to that of the past Golden Age. Through our collective DNA memory and the creative power of our imaginations, we can end our 12,000-year quest to regain paradise lost and launch a new Golden Age of unity, abundance, and equality for all humanity.